Autism spectrum disorder (ASD) is a heritable neurodevelopmental disorder affecting 1 in 59 children. While noncoding genetic variation has been shown to play a major role in many complex disorders, the contribution of these regions to ASD susceptibility remains unclear. I have developed a machine learning classifier, feature representation system, and graph clustering algorithm for investigating the noncoding regions of whole-genome sequences from patients with Autism Spectrum Disorder. The algorithm identified specific base-pair mutations in simple repeat sequences that potentially contribute to the autism phenotype.

Musculoskeletal disorders are a major healthcare challenge around the world. We investigate the utility of convolutional neural networks (CNNs) in performing generalized abnormality detection on lower extremity radiographs. Our results show that a single CNN model can be effectively utilized for the identification of diverse abnormalities in highly variable radiographs of multiple body parts, a result that holds potential for improving patient triage and assisting with diagnostics in resource-limited settings. This project is a collaboration between researchers at the Stanford University Department of Computer Science and radiologists at the Lucille Packard Children’s Hospital.

earCam: A Smartphone-Based System for Diagnosis of Acute Otitis Media

I designed and prototyped earCam, which is a smartphone-based system system for the diagnosis of acute otitis media (pediatric earaches). The device includes two parts: (1) a removable otoscope attachment that utilizes the smartphone camera to provide an image of the eardrum and (2) a smartphone application to evaluate and display results to the patient.

A major challenge of automated text analysis is the identification of acronyms. Although commonly used, acronyms can often be ambiguous in meaning, with each acronym resulting in numerous possible definitions. In this work, we designed a machine learning classifier to identify definitions for ambiguous acronyms in text. We created datasets by mining text from Wikipedia, labeled ground truth by developing a constraint satisfaction algorithm, created a PostgreSQL backend for storing data, and trained four machine learning classifiers based on two different feature representations. The Naive Bayes algorithm with frequency feature representations obtained the highest performance, with an F1 score greater than 0.9 on both testing sets. We also designed a front-end for the system by creating a Google Chrome extension called Acronym Lookup.

With the aging U.S. population, use of assistive devices by people with mobility impairments has been increasing rapidly. My objective in this project is to design and prototype a highly autonomous wheelchair robot using readily available and low-cost technologies. The wheelchair is controlled by an Android app running on the user’s smartphone, which can accept voice commands and navigate autonomously to a specified destination in an indoor environment. The wheelchair senses its surroundings using an array of sensors (LIDAR, ultrasonic distance sensors, and Inertial Measurement Unit) as well as an Intel RealSense R200 depth camera. 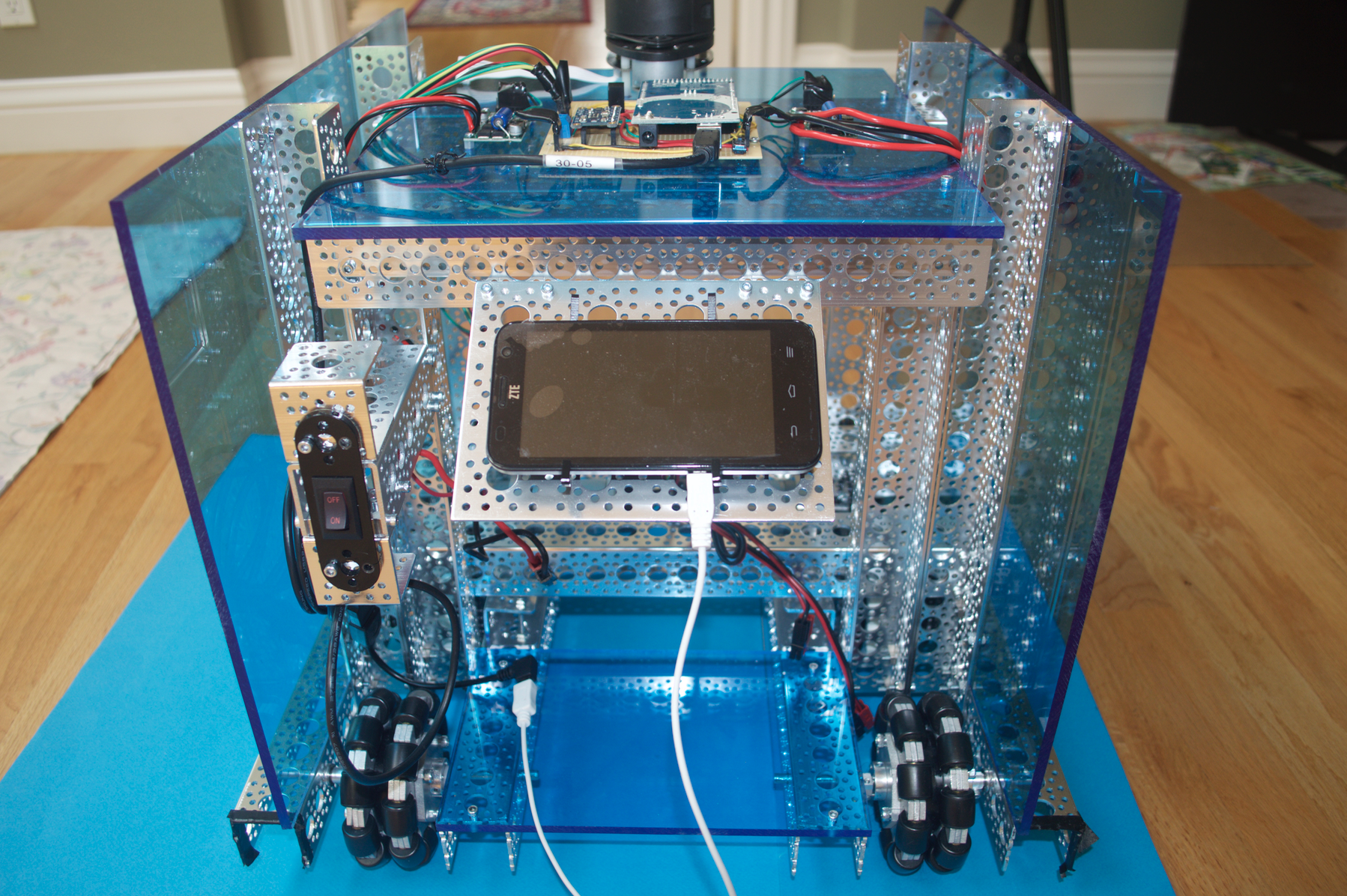 A Wireless Smartphone-Based System for Diagnosis of Pulmonary Illnesses

In this project, my objective is to design a low­-cost smartphone­-based pulmonary function analyzer that can be used to measure lung function and diagnose various respiratory illnesses without the assistance of a trained healthcare professional. My system consists of three parts: (i) the spirometer shell, (ii) the pressure sensor and electronics, and (iii) the software application. The mechanical part of my system consists of a 3D­-printed spirometer shell. The instantaneous flow rate during breathing is measured by a pressure sensor as air passes through a fine stainless steel wire mesh in the shell. The pressure sensor output is monitored by a microcontroller, which transmits the information over a Bluetooth 4.0 link. The measurement data is received by an Android app running on a smartphone or tablet, which analyzes the data and displays it graphically. 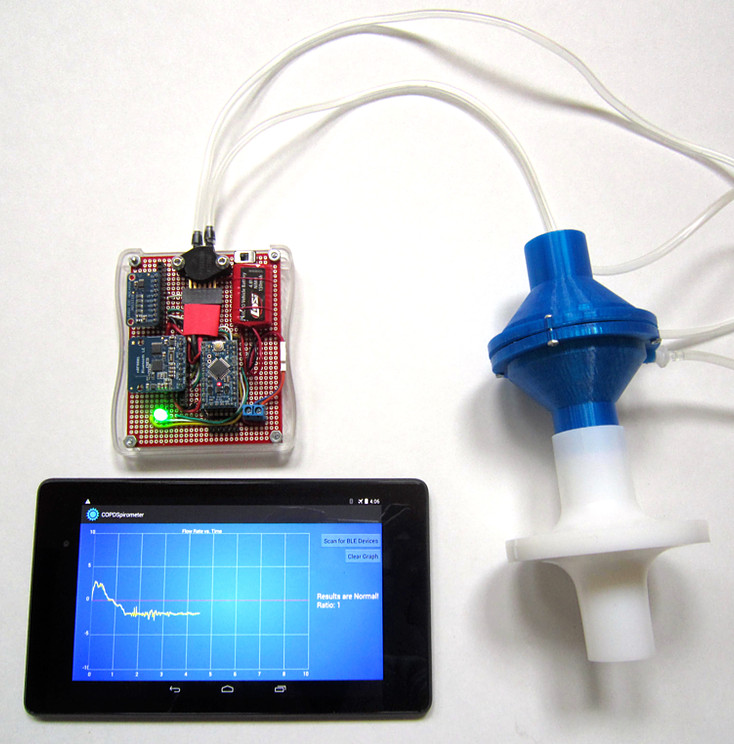 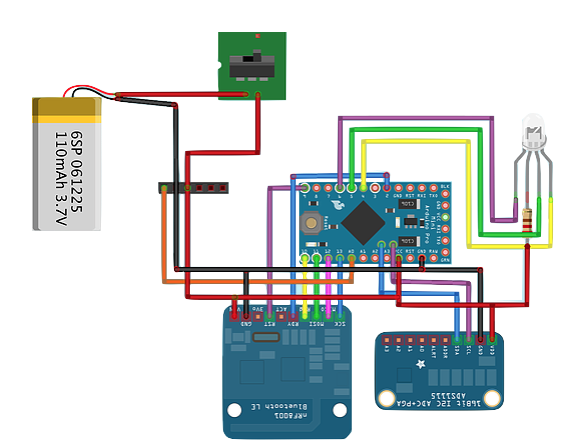 In this study, I conducted a comprehensive analysis of genes known to be associated with related neurological and behavioral disorders to identify those that could potentially be implicated in Autism Spectrum Disorder, Asperger’s syndrome, and Rett’s syndrome. I utilized a two-pronged approach, combining biological process analysis with gene network analysis to generate candidate gene lists. I then conducted statistical analysis through differential gene expression testing on GEO datasets to verify the gene hypotheses. The analysis revealed twelve enriched candidate genes for autism, two for Asperger’s syndrome, and one for Rett’s syndrome. These fifteen genes have not previously been directly linked with their associated developmental disorders, although all have been known to be associated with intellectual disability. The identification of specific gene sets correlated with developmental and neuropsychiatric diorders could lead to the development of novel genetic tests for early detection and diagnosis. 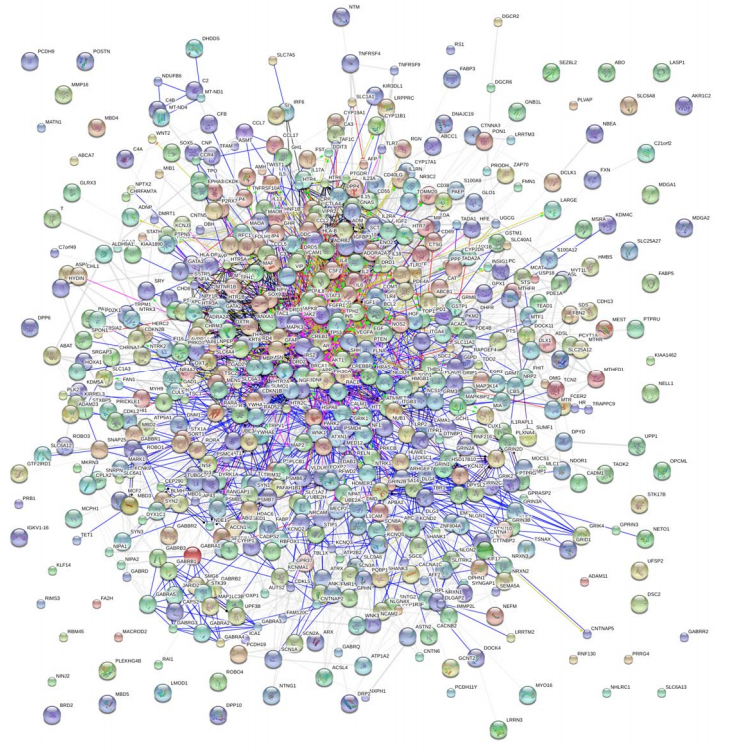 Diabetes is one of the major causes of premature illness and death worldwide. Diabetes brings with it neurovascular complications like neuropathy, which results in the development of high pressure areas in the feet hands. If diabetic neuropathy is detected early, it can be controlled. My objective in this project is to design and build a low-cost pressure measurement and analysis sytem based on an Arduino microcontroller, which a patient can use at home to measure his or her foot pressure. If the system detects a problem, it can send an alert to a doctor. 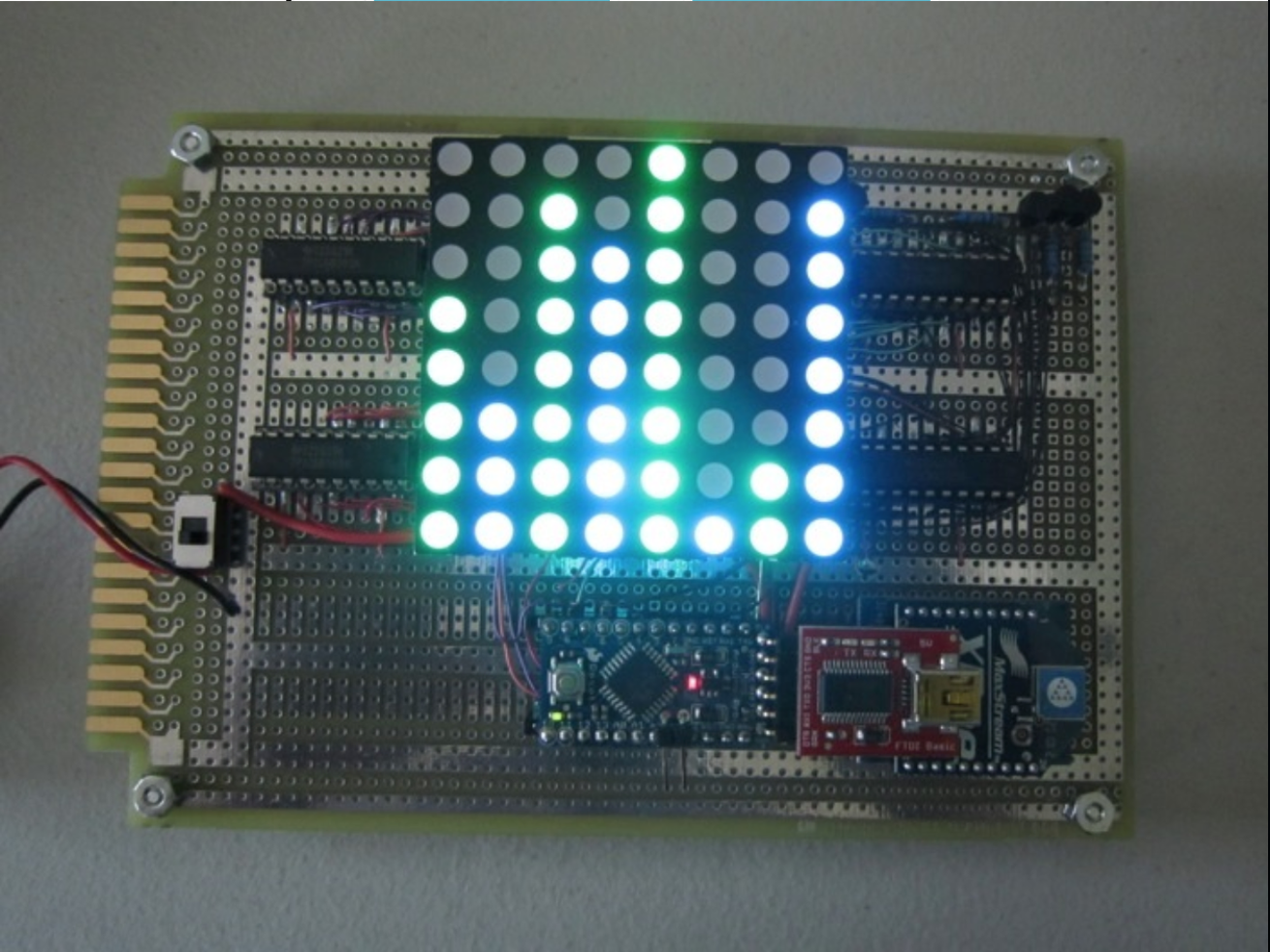 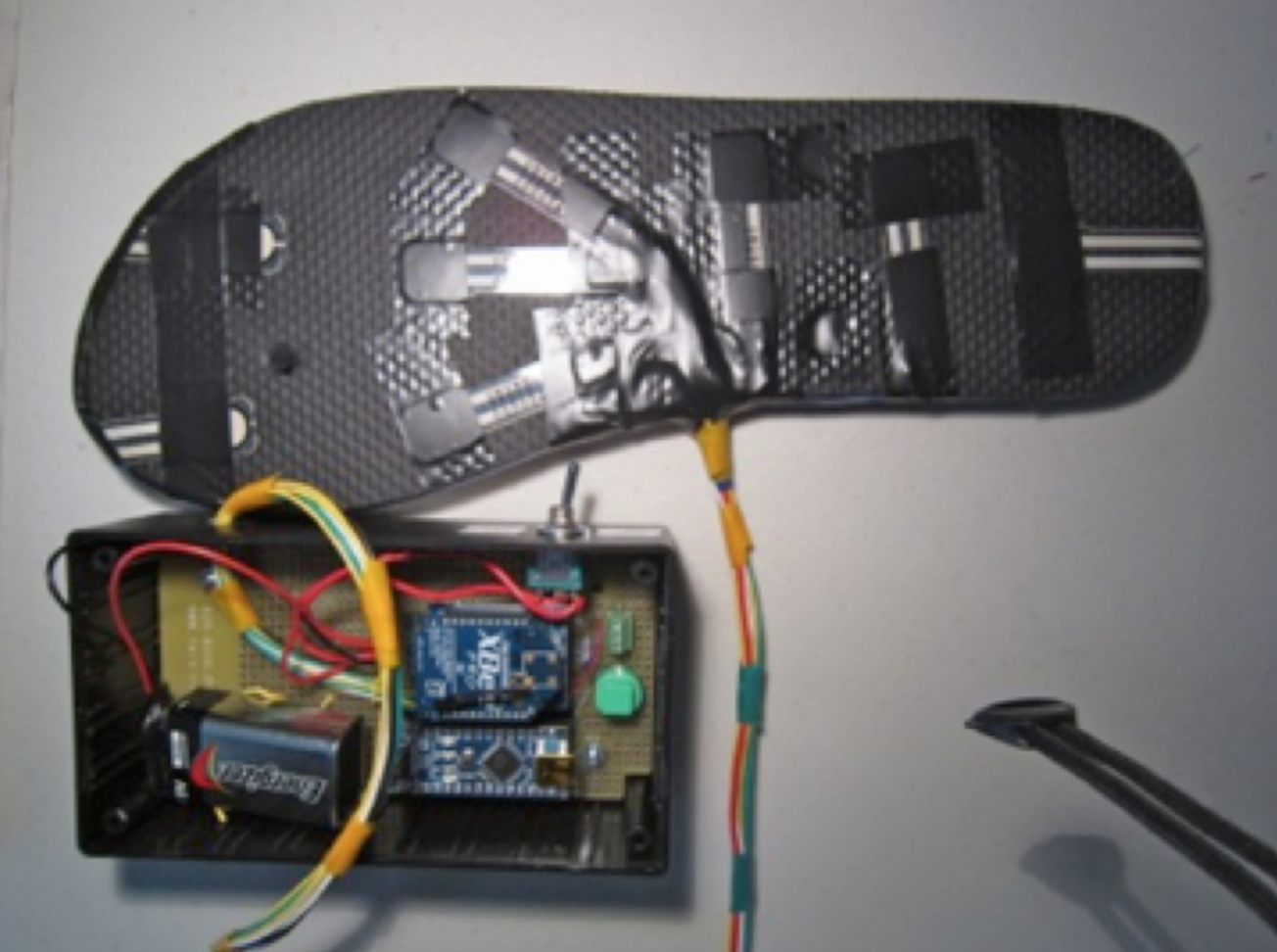 The goal of this project is to design and evaluate parallel algorithms for solving the DNA sequence alignment problem in a cluster of cheap Raspberry Pi computers. Because of its low cost, low power consumption, and availability of software development tools, a cluster of Raspberry Pi computers offers an attractive alternative to conventional computers for the solution of computationally challenging problems. 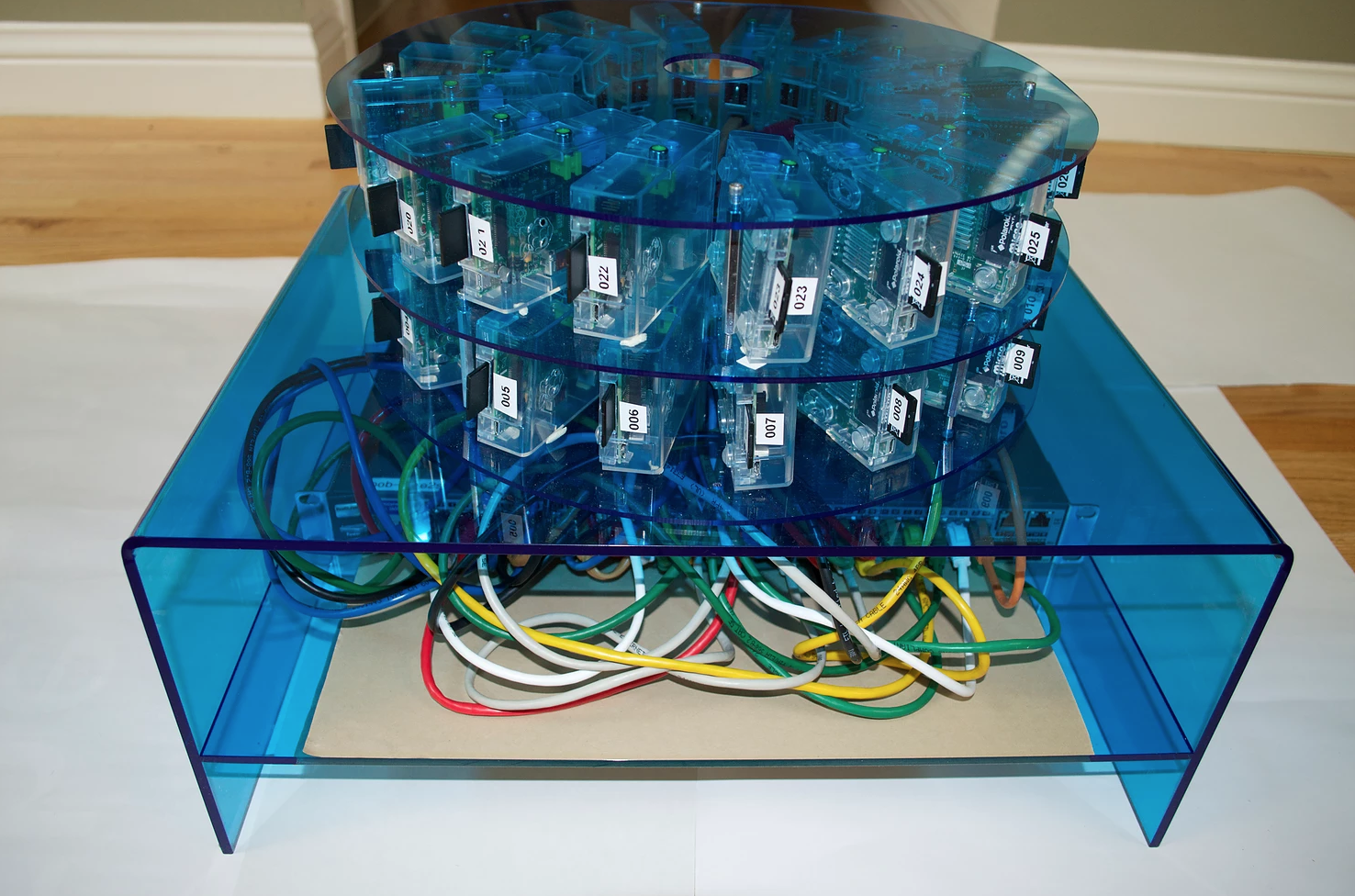 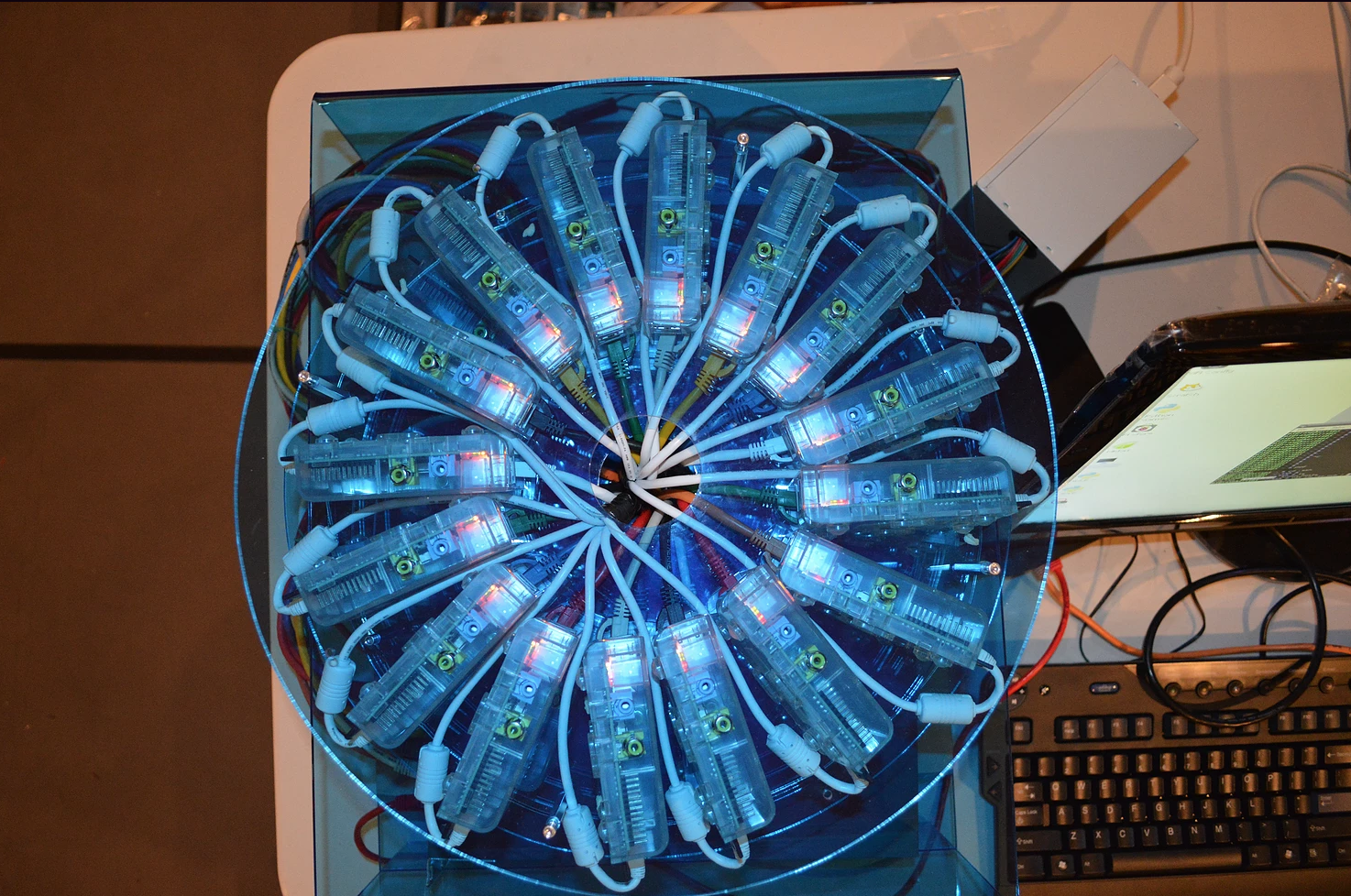